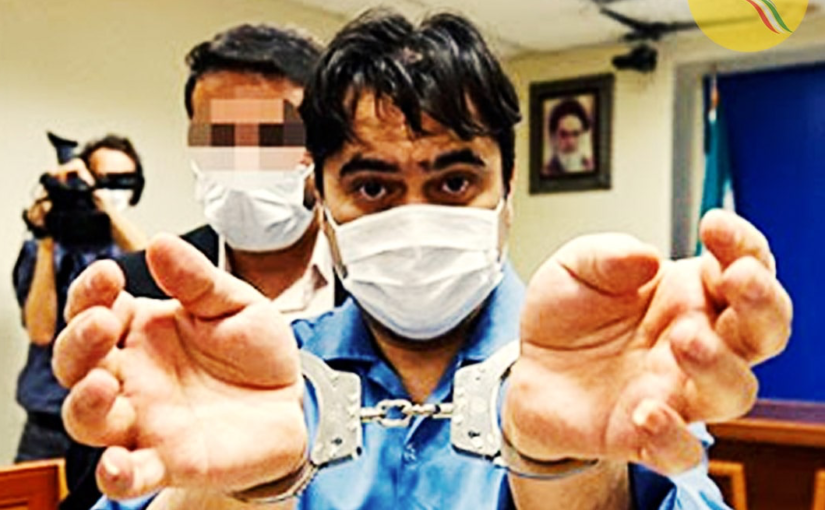 According to the Iran Human Rights Network, on Tuesday, December 8, 2020, Gholamhossein Esmaili, the spokesman of the Judiciary, announced the confirmation of the death sentence of Ruhollah Zam in the Supreme Court.

On Monday, October 10, 2019, Ruhollah Zam, a political activist and director of the AmadNews news channel, had been abducted by the security forces of the Islamic Republic during a trip from France to Iraq and subsequently transferred to Iran.

Only a few hours after the news of Ruhollah Zam’s arrest was published, a short video of his confession was broadcast on the Islamic Republic state TV.

Ruhollah Zam was sentenced to death by Branch 15 of the Revolutionary Court of Tehran, presided over by Judge Abolghasem Salavati, after six court hearings, which lasted from February to June 2020, on charges of “corruption on earth.”

Ruhollah Zam was executed on December 12, 2020. MEHR Center condemns his execution in the strongest terms and calls for a strong response from the international community.