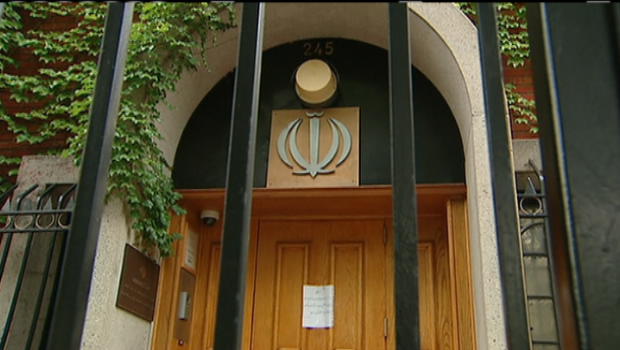 The Canadian government has begun negotiations to open the Iranian Embassy in Ottawa, which has been closed since 2012 when then Prime Minister Stephen Harper’s administration cut ties with Tehran and expelled Iranian diplomats from Canada. We have started a petition to encourage the Canadian government to ONLY open the Iranian Embassy in Ottawa under specific conditions.

Petition to the Government of Canada

We, the undersigned, citizens and residents of Canada, call upon the Government of Canada to:

1. Call for the immediate release and return to Canada of Dr. Homa Hoodfar and Saeed Malekpour;

2. Not consider re-opening the consulate of the Islamic Republic of Iran in Ottawa without these assurances; and

3. Make human rights the benchmark from which to consider re-establishment of diplomatic relations with Iran.