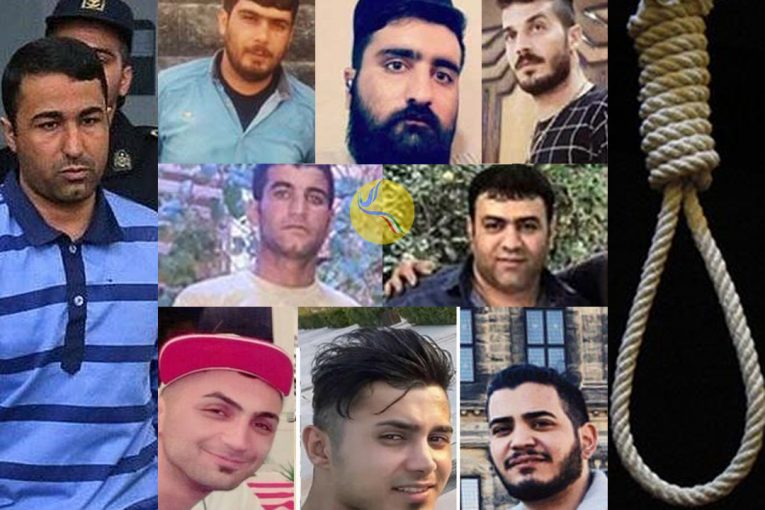 On Wednesday, August 5, 2020, the death sentence of Mostafa Salehi, one of the detainees of the nationwide protests in December 2017, was carried out in Dastgerd Prison in Isfahan.

According to the Iran Human Rights Network, Mostafa Salehi was arrested during the nationwide protests in December 1996 in Najafabad, Isfahan. He was sentenced to death in early 2019 for the murder of a Revolutionary Guards Basij member named “Sajjad Shah Sanaei” who was shot during a nationwide protest in December 1996 in Najafabad’s “Kahrizsang”. However, Mostafa denied the allegations at all stages of his trial. The death sentence of Mostafa Salehi was carried out on the morning of Wednesday, August 6, 2016.

Also, on Sunday, July 26, 2020, news sources announced that the Supreme Court confirmed the death sentence of five detainees of the nationwide protests in December 2017.

According to reports, five detainees of the nationwide protests in January 1996, Majid Nazari Kondari, Hadi Kiani, Mehdi Salehi Ghaleh Shahrokhi, Mohammad Bastami, and Abbas Mohammadi, were sentenced to one or two death sentences in Branch 2 of the Revolutionary Court of Isfahan. The Supreme Court has approved it. The indictments include “fornication through effective efforts to advance the goals of the rioters,” “War through the use of firearms and intent to deprive the community of security, and shooting at officials,” ‌ “Corruption on earth through disrupting public security.” And directing rioters to disturb public order and security and disturbing the public mind. “

Before these events, the death sentences of three detainees of the November 2019 protests, namely Amir Hossein Moradi, Saeed Tamjidi and Mohammad Rajabi, were approved by the Supreme Court and returned to the prosecutor’s office for execution, but this issue was met with a widespread reaction from users in cyberspace. The hashtag “Do not execute” was widely acclaimed and became the first global trend. The mass protest of the users continued until it stopped the execution of this sentence and allowed the inspection of the case to be resumed.

It should be noted that these 8 citizens are almost the only detainees of these protests whose case has been made public and the situation of the vast majority of detainees has not been made public and no one knows about them. At least 13,000 citizens were arrested during the nationwide protests in November 2019, and no one knows about their case.

The repeated and severe threats to the families by the forces of the Islamic Republic have caused them to withdraw from the news in the hope that the case of their dear detainee will be resolved. Something that raises concerns because this refusal to inform will make it very easy to issue heavy sentences.