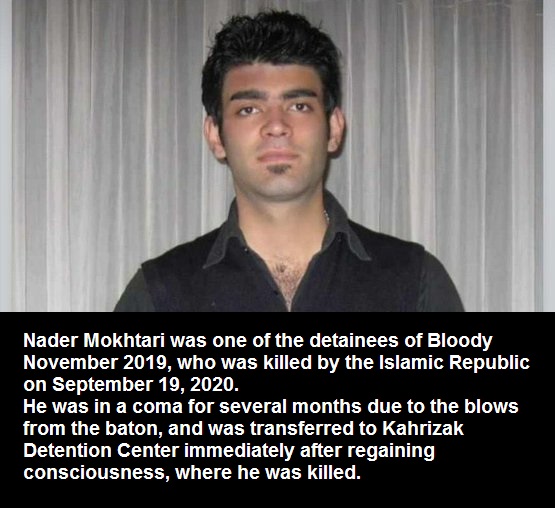 A video of Nader Mokhtari in the hospital before being transferred to Kahrizak Prison.

Nader Mokhtari, 35, who was in a coma after being beaten by security forces during a nationwide protest in November 2018, was arrested before March 2019. He was tortured and lost consciousness. This video is from the time he was hospitalized after being tortured. After regaining consciousness, despite doctors’ advice that he should continue his treatment in the hospital; he was transferred back to the Kahrizak Detention Center.

Nader Mokhtari’s detention in a critical condition in Kahrizak Detention Center led to his deteriorating condition, and he finally died in Kahrizak Prison on Saturday, September 20, 2016.

It is worth mentioning that Nader Mokhtari’s family is under pressure from the intelligence forces to announce that their son was imprisoned for theft and has died of a respiratory disease.